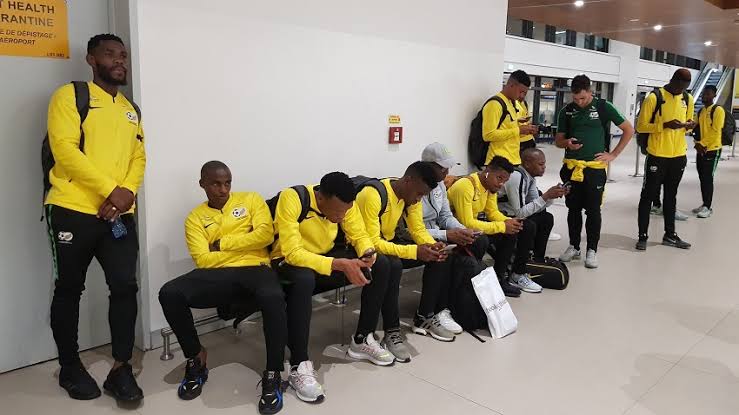 South Africa’s men’s national team Bafana Bafana are set to face Ethiopia in back-to-back qualifying games for a spot in the 2022 World Cup in Qatar.

Bafana Bafana, as they are known in football circles, travelled to Ethiopia yesterday in anticipation of this clash, with their first leg match set to be played tomorrow.

The Beautiful Game understands that Bafana have safely arrived in Addis Ababa some three hours ago at around 05:H15am South African time.

Hugo Broos’ men are set to have a light training session later in the day to relax their muscles before going into full preparation for their game.

The national broadcaster has been charged with airing the fixture tomorrow and three points would help South Africa get closer to Qatar in no uncertain terms.