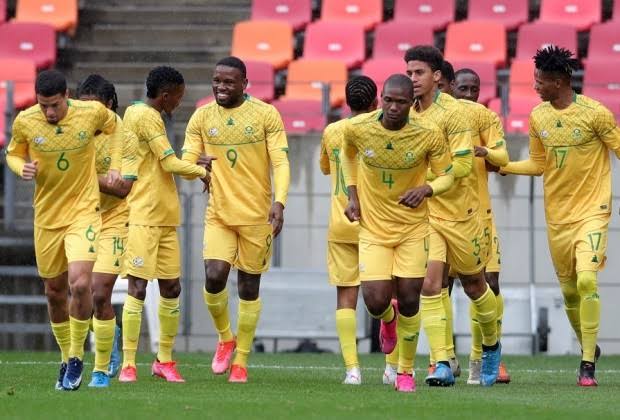 Bafana are set to host neighbours and rivals Zimbabwe in their penultimate match on Thursday at the FNB Stadium for the 2022 FIFA World Cup Qualifier, before jetting off to Accra, Ghana, where they will square off against them on Sunday.

Broos has only one casualty from the initial squad, with Sfiso Hlanti repturing his Achilles tendon at the training grounds of Naturena last week – facing no less than six (6) months on the sidelines.

The national broadcaster has been charged with airing both the games as Bafana try to book a spot in the final round of qualifying for the lucrative FIFA World Cup in Qatar next year.