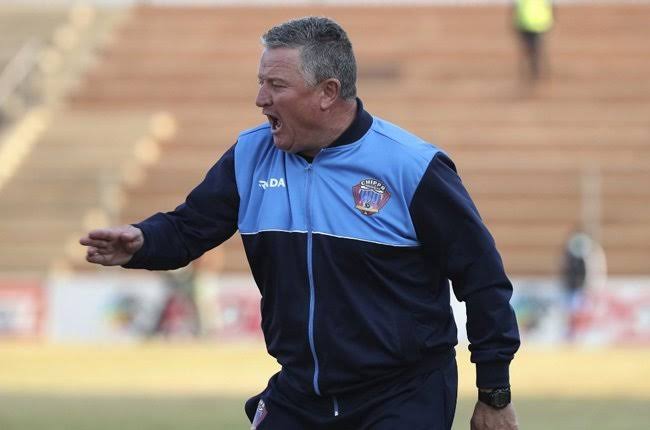 Gavin Hunt’s Chippa United held on for a point at home against an on-form SuperSport United yesterday at the Sisa Dukashe Stadium.

The Chilli Boys have been on a free-fall in recent weeks as results have been difficult to come by, however, they would take a point at this time against Kaitano Tembo’s Matsatsantsa.

“Difficult conditions to play, really ugly, I mean the first half we had really good opportunities without giving them much chances. And second half they had a penalty and they missed it, but I don’t think it was penalty you know.

“You could’ve said they had a penalty and they should’ve won but we had two good chances a couple of moments there in the second half but obviously we couldn’t take them.

When asked what could be change to get better results, he said;

“I can’t change anything, just got to keep going, we keep on working on certain things and we do them on a daily basis but a lot of players we have to work on,” concluded Hunt.

The Gqerbeha-based side are currently sitting thirteenth (13th) on the PSL standings with five points from six outings.