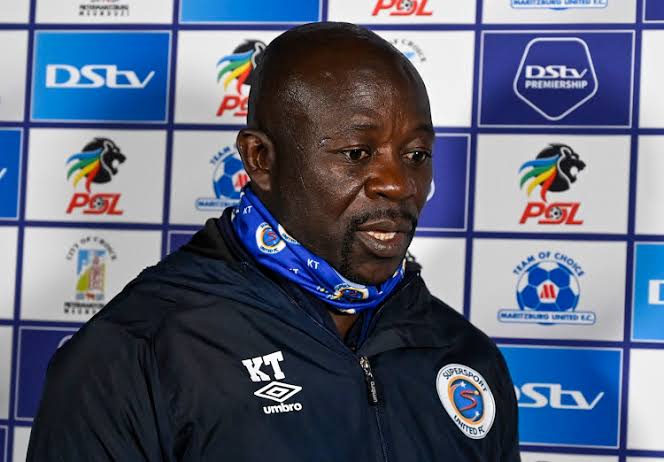 South Africa’s capital club SuperSport United have been on thee up and up in the last couple of years in terms of player development and promoting them to the senior squad.

Matsatsantsa, who have seen the rise of gifted duo Teboho Mokoena, Sipho Mbule, and Jesse Donn to name but a few, are now starting to reap the rewards of their investment in the youth setup.

The club’s Head Coach Kaitano Tembo refused to take credit, rather saying everyone has contributed, saying to The Beautiful Game;

“Yeah look, I think it is a very good feeling but I think at the same it’s not only about the coach. It’s about the players, the belief, and the confidence we get from the CEO as well as the Chairman.

“For us, it’s about putting in effort into improving our players. Because, if you go back to when I took over, Sipho Mbule had played less than five games a season, he never really made more than ten appearances.

“And at that time, we had players like Dean Furman, but we also had to try and create space for these young players because we believed in them. We didn’t want blockages in front of them, so it’s the belief that we have in the players Karabo,” he concluded.

United have started the 2021/2022 campaign on a high and have sent a couple of players to Bafana Bafana, with more youthful players set to make their debuts for Kaitano this season.