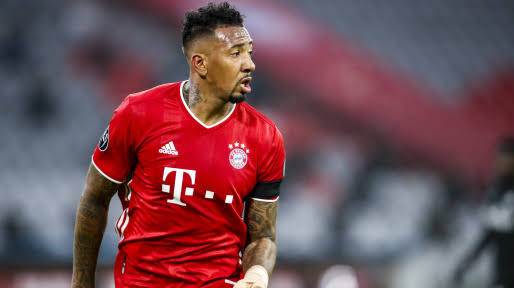 Former German international Jerome Boateng has failed to sign for a new football club ever since leaving European giants Bayern Munich CF at the back of last season.

Boateng was not offered a new deal by the Bavarian giants and is now a free agent. Sky sources in Germany have told us that the centre back wants to join Manchester United this summer.

The 32-year-old has his heart set on a move to Old Trafford, however, Ole Gunnar Soljaer’s side have not opened any talks with the defender. We understand that Italian giants Juventus, AC Milan, Lazio and Napoli CF are all desperate to add the tall centre back on their roster.

United, on the contrary, are closing in on the signature of Real Madrid CF defender Raphael Verane, with the French international set to arrive in England within the next forty-eight (48) hours to put pen on a five-year contract.