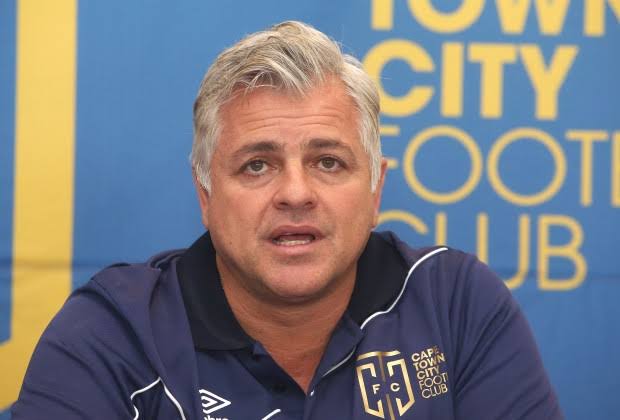 The Beautiful Game asked club owner John Comitis as to when did the talks begin between him and Eric Tinkler, and he confidently said to us;

“Coach Eric and I have been speaking together for the past two years, to be honest. So the talks intensified when we understood that had to take a new direction. You know, even Gavin Hunt, we played together, back in the days, we speak often.

“So, it was a right fit, it was something that I had at the back of my mind in any case (bringing Eric Tinkler back). So, when the opportunity presented itself, we had coffee…we know what we want, we had the experience with Eric so I’m pretty confident we can replicate that,” concluded Comitis.

The Beautiful Game can also confirm that Bafana Bafana shot-stopper, Darren Keet is set to sign a three-year deal with The Cityzens in the next couple of days. Keet will replace departed Dutchman Peter Lieuwenburg who has returned to the Netherlands.