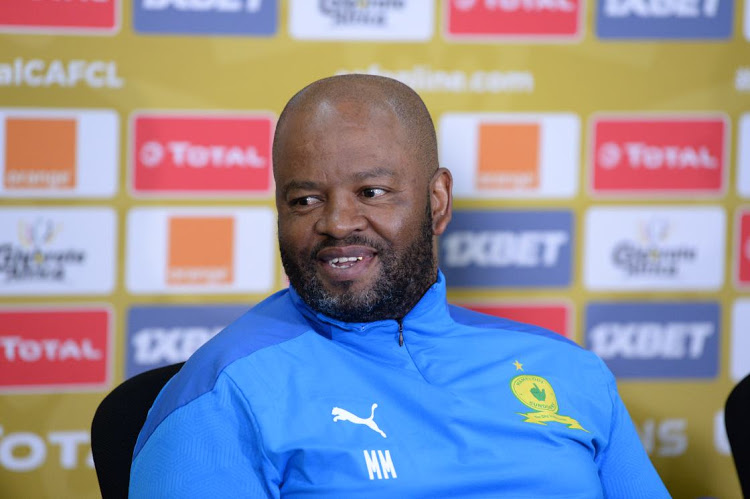 How Downs’ Coaches Riled Up Players For Title
Posted: 27 May 2021

The Brazilians came into this encounter with their tales in between their legs after being beaten in the CAF Champions League on aggregate by fierce rivals Ah Ahly SC.

The Beautiful Game asked Sundowns’ Co-Head Coach Manqoba Mnqithi how the technical team motivated the players prior to the derby and how the mood was after a flattening weekend, and he said to us;

“The mood in the camp was very good because we made them aware that we still have matters in our hands. When we lost against Ahly, we lost the Championship (African Champions League) space, so we had an opportunity today (yesterday).

“And one had to make them understand how important it is to focus on this game and not say we still have other games. We used the fact that it is a derby, and the pride of the supporters and that it is very important to win against SuperSport United.

“We emphasized how important it is to win the derby for the bragging rights and all that. And we knew if we win the match, we can win the Championship,” concluded Mnqithi.

The Chloorkop side now have three games to spare and try new combinations for the upcoming season after wrapping up the season in glittering style yesterday evening at the Loftus Versveld Stadium.