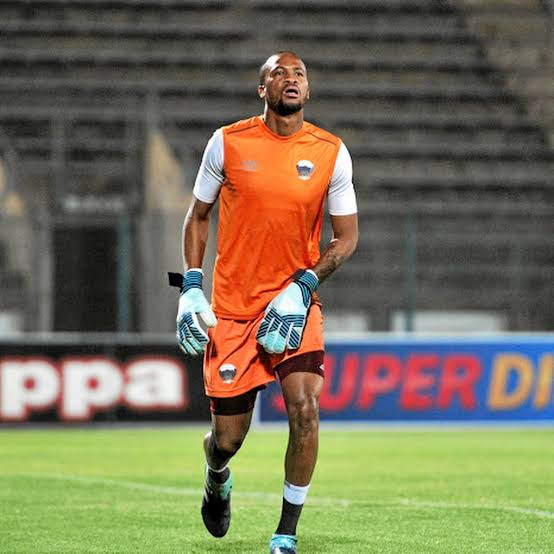 Limpopo-based outfit Tshakhuma Tsha Madzivandhila recently lifted the Nedbank Cup after winning 1-0 against Chippa United to qualify them for continental football next term.

However, the club’s Head Coach Dylan Kerr confirmed that his goalkeeper, Brighton Mhlongo might need to retire after a horrendous injury that occurred on the training ground.

“Well I think he had a long-standing issue with his eye that affected him, it is something that happened a while ago so he took a shot to the head and it hit his eye, I think there was something that went to the back of his eye. It has impaired his vision on one of his eyes unfortunately.

When asked if the club would offer him a position post the current campaign, he said;

“I don’t know…I don’t know, I think that’s too early to decide on that one yet, but I’m hoping they will. Well his got our support because it’s devastating news to end his career at such an important stage.

The Englishman confirmed that Mhlongo has been pushing current number one Washington Arubi and was going to play sooner rather than later, saying;

“The unfortunate part is that he and Washington have been pushing each other, and Brighton has been pushing him, unfortunately his chance might never come now and that’s devastating news to a great career,” he concluded.

The Beautiful Game would like to send it’s sincere message of support to Brighton Mhlongo, his family, the club TTM and all those near and dear to the shot-stopper.