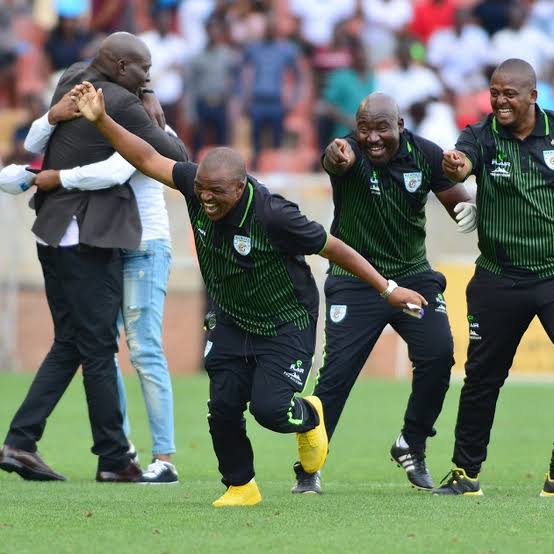 Matsimela On Humbling Usuthu
Posted: 12 May 2021

Limpopo-based club Baroka FC will return to their province with three vital points after shocking hot-shot favourites AmaZulu FC with 1-0 result in their own backyard yesterday afternoon.

“Ja hey, it was a difficult one but credit to the boys, they worked very hard. I think we really planned well against AmaZulu; we stopped them from building at the back and our players played very, very well, so I’m happy with the performance of the boys.

“I think credit must go to everybody in the team; credit to my technical team, we really worked very hard for this one, and very happy with three points away from home.

“This game gives us an opportunity to be on the top eight, especially beating a team like AmaZulu who were on sixteen (16) games unbeaten, and we break that record. So ja, I’m very, very happy with the three points,” concluded Matsimela.

The win gives Baroka FC a massive opportunity to stake a claim in the top eight and will need at least four more points to consolidate their position of top eight football in the next campaign.