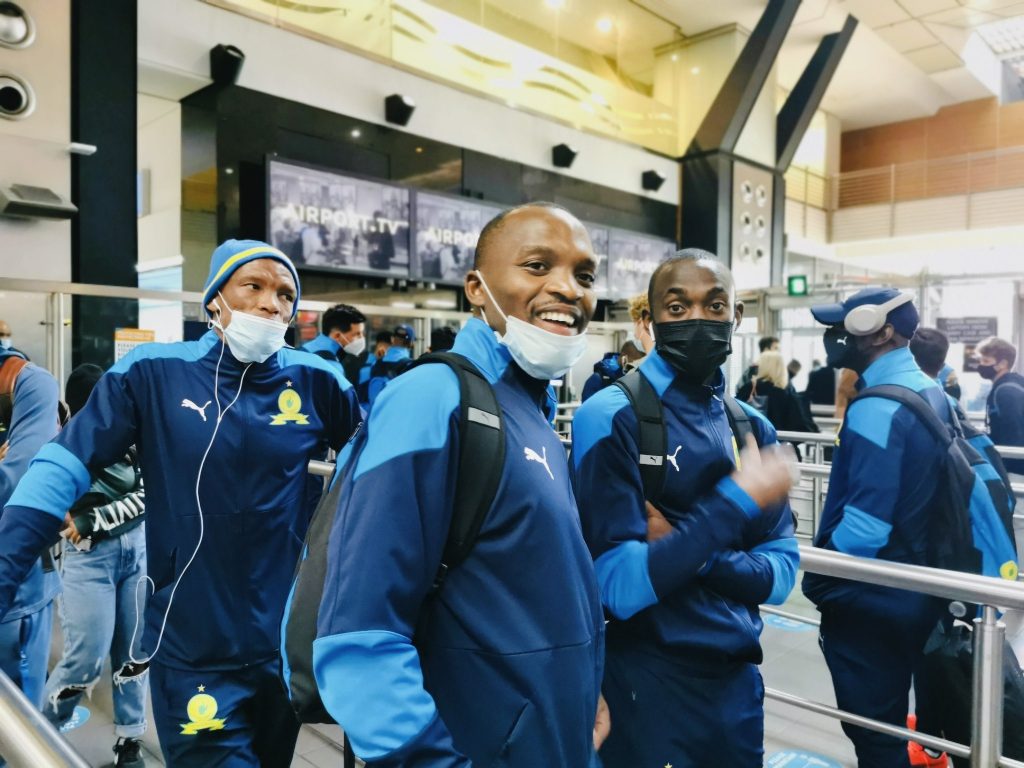 Reigning Premier League Champions Mamelodi Sundowns FC are set to jet out of the country today in anticipation of their mammoth clash against Ah Ahly SC this weekend.

The Brazilians, who leave the country seven points clear of their closest chasers in the form of AmaZulu FC, carry a wind in their spring having won three successive games on their quest for a record-breaking fourth title in a row.

Sundowns are expected to arrive in Cairo later tonight where a light training session is expected to relax their muscles before going into a proper session tomorrow (Wednesday).

One of the club’s key players, Themba Mshishi Zwane has also travelled with the squad and is expected to play some part after injuring his hamstring in recent weeks and missing the club’s last two victories.

The encounter will take place on Friday evening (21:H00) at the Cairo International Stadium in what will be an emotional game for Pitso Jingles Mosimane as he faces his former employers.