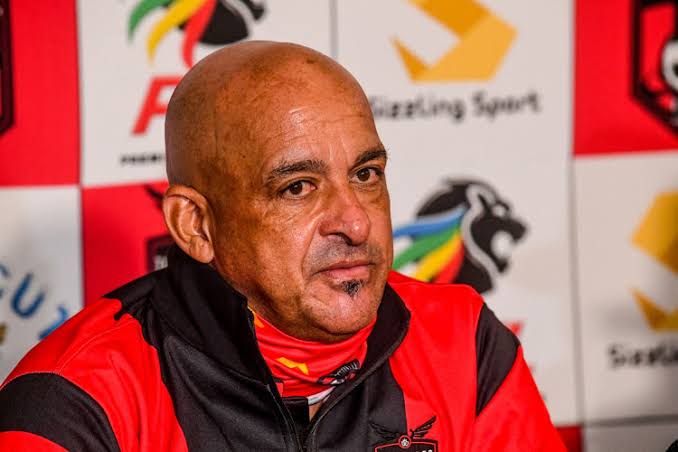 The Beautiful Game recently sat down with current TS Galaxy Head Coach Owen Da Gama, where revealed some of the most well-kept secrets in his entire football career.

The Rubber Doll, as he is affectionately known in football circles, told The Beautiful Game which club he has a very soft spot for, saying;

“I would say Swallows, Moroka Swallows, I am so glad they are back in the Premier League. I was so sad when we broke their record and we beat them because I really love them but I gotta be professional but it’s definitely Moroka Swallows.

When asked about his greatest team mate at Swallows, he said;

“…(Deep sigh)…I would say Ace Mnini, Andries Chaka Chaka Mpondo, Steve Sekano, Calvin Peterson – probably the best striker I’ve ever played with, Les Grobler. I remember when we beat Sundowns 5-1 in a cup final, it was probably my greatest moment for me as a player in South Africa,” he concluded.

Da Gama takes The Rockets to Durban this weekend to face a frightening AmaZulu FC side who are stern DSTV Premiership candidates for the league title.