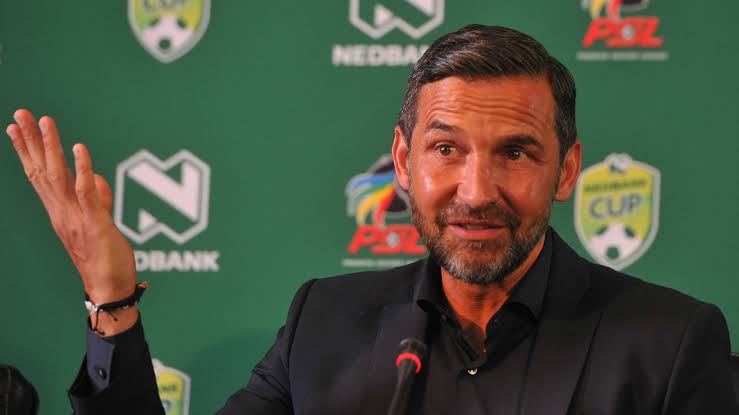 Mamelodi Sundowns FC put Orlando Pirates Football Club to the sword last night with a convincing 4-1 win against The Sea Robbers to book their spot in the last four of the Nedbank Cup.

The Beautiful Game asked Pirates’ Head Coach, Josef Zinnbauer as to what disappointed him the most in terms of the performance or result, and he said to us;

“I think it’s both; I think we saw during the game they always had the control back but we had to be there, to be stronger, and in the right moment, make the right decision, those are things Sundowns are making better at the moment.

“They find the windows, they have at the moment a good run, they have the strikers, they score in all games a lot, and that is the reason in the first ten minutes we were not in the game. And then it’s not easy to come back, but I think it’s both, Sundowns make a good performance and it was not enough today for winning this game.

“It was not the hunger that we lacked, no, they wanted to win, but the result looks higher than the game, maybe the four goals is okay, but we can also make four goals on our side. We know the performance was not enough, we speak about Sundowns now who lead the league, they lead the Champions League, their in a top shape and it’s not easy,” concluded Zinnbauer.

The Buccaneers will have to dust themselves up as they next face ES Setif in the penultimate game of the CAF Confederations Cup in six days’ time at the Orlando Stadium.