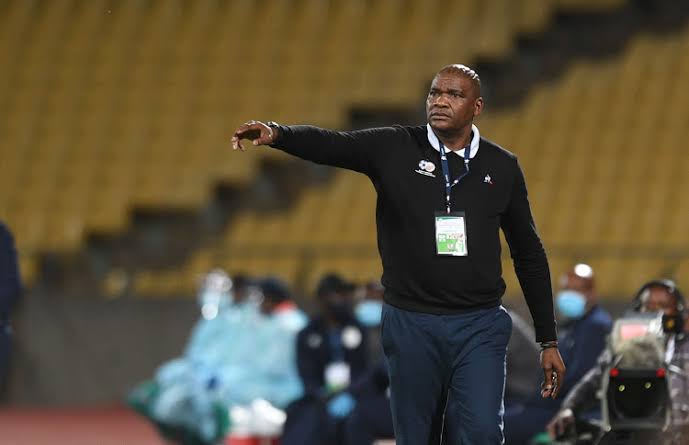 Bafana Bafana received a rude awakening yesterday after failing to force, at least a draw against minnows Sudan in the last qualifying game of the 2022 Africa Cup of Nations in Cameroon.

On the contrary, Molefe Ntseki’s side were beaten two-nil by a side ranked 176th in world football. The former youth coach-turned Bafana mentor, has commented on the national team’s failure to secure a spot at AFCON, saying;

“Ja, it’s a big disappointment for all of us if you look at how we started, we were very positive, and we were looking forward to qualify. I think if you look at the games that we won, the points that we accumulated, we became very confident to say we will qualify and the expectations were created to say the team will do well against Ghana at home and Sudan away.

“I think drawing against Ghana at home made life very difficult for ourselves coming into Sudan because we knew it would be coming into a foreign land with foreign challenges. The traveling also; travelling immediately after the game and then one session only, playing a match, I think the players tried very hard, we also tried very hard to put everything together,” concluded Ntseki.

South African-loving supporters were hugely discouraged, disheartened, and dejected after the final whistle blew at the Al-Hilal Stadium. An insider close to The Beautiful Game has confirmed that serious repercussions are expected in and around the team this week.