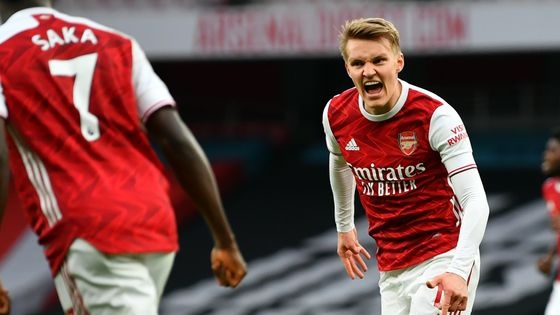 English Premier League giants Arsenal Football Club have been dealt a massive blow in hopes of making the deal permanent of one of their on-loan stars.

Martin Odegaard, on loan from Real Madrid CF, has been in blistering form in recent weeks at The Emirates Stadium and Arsenal were interested in making the deal permanent beyond the summer.

However, there has been talks at the Santiago Bernabeu that the playmaker is seen as one of the key components at the club both short and long term.

The Norwegian international skippered his country on Wednesday before suffering an injury but it is believed not to be as serious as first thought.

Arsenal manager Mikel Arteta will be deeply saddened that Odegaard is set to return to his parent club after rekindling his class under him in North London.