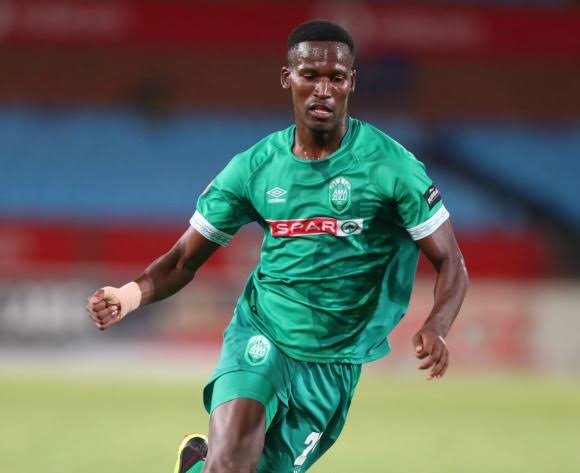 Xoki: What Has Changed Under McCarthy
Posted: 24 March 2021

KwaZulu Natal based side AmaZulu FC have looked a totally different team since the appointment of former European Champions League winner Benni McCarthy in December 2020 as the club’s new Head Coach.

Usuthu now find themselves being one of the club’s contesting for a top four finish under McCarthy, and one of the key players, Thapelo Xoki tells The Beautiful Game what has changed under the guidance of Benni, saying to us;

“Uhm… The mood altogether, the winning mentality from the Coach, the winning culture. He has created a culture whereby everyone is working hard to be in the team, and I mean not to start but to get into the team, that on its own is not a given. It pushes everyone to give their all at training.

“The mood in general, we are a family, it feels that way. Everyone is supporting one another, the one’s who are not playing are supportive of the guys who are playing and the support we get from the technical staff, they always there to encourage us and give us what we need to win games.

“And if it’s not going well, they do hummer us but it uplifts us, it’s a team that is full of motivators, that has changed us into believing that we can achieve things. Before, we would just go about and just hope things will go our way,” concluded Xoki.

Xoki has been an ever-present feature for McCarthy as they have been steadily getting results in recent weeks and months, creating an exciting and nail-biting finish to the DSTV Premiership with only ten games left to play.