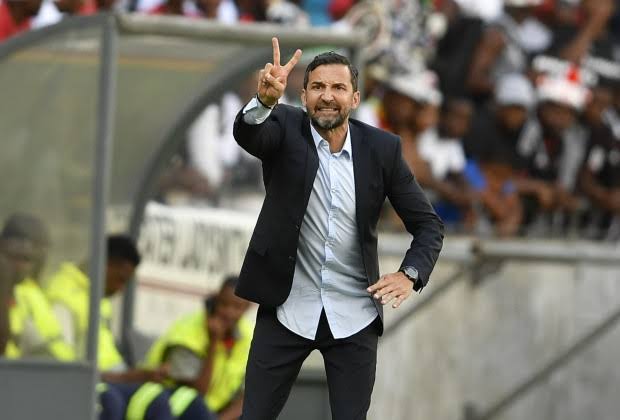 Chiefs welcome The Buccaneers to the FNB Stadium tomorrow, and Zinnbauer has praised Hunt and says he knows their a good team, saying;

“Yeah, big game this weekend, against a big club. We know the quality of the team, they have a quality coach, he knows what is exactly happening in the Derby, I know what he can do, he is used to fighting for titles.

“He has a lot of experience and he knows what he has to say to the players. We know they struggle a little bit in the league, but you can see also in the Champions League that they come closer to the points (qualification) and also in the league.

“Now it’s a little bit of a signal that their coming a bit better in the games. For us, it is now about continuing this performance and prepare the squad for Sunday. The mood is good at the moment, for South Africa it’s a special game and we need full concentration and we need the points,” concluded the German.

The spectacle is expected to attract more than a million viewers and listeners both on television and different radio stations across the country and the continent, and in some parts, globally as well. Kickoff is 15:H00 tomorrow at the well-manicured turf of FNB.