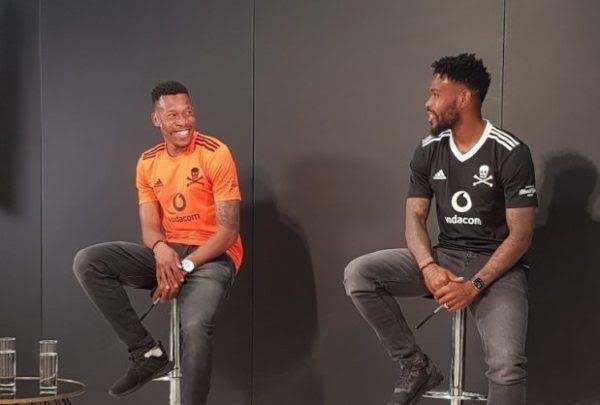 Orlando Pirates Football Club’s skipper Happy Jele has backed his fellow central defender Tyson Hlatshwayo after the shift he put in against Enyimba in the CAF Confederations Cup on Wednesday.

Jele, who was out due to a minor injury in the midweek fixture, was quick to protect Tyson when The Beautiful Game asked him of the former Bidvest Wits skipper’s performance, saying to us;

“Ja, Tyson is a good player, first of all, and obviously as defenders, or as a team we still going to analyse the game (against Enyimba) and try to see where we went wrong.

“It’s not about him only, it’s about the whole team, so that’s why we here as a team. We don’t point fingers to someone and say ‘You didn’t do well’ and shout at him, we have to analyse the whole team.

“We have to analyse the whole team; what went wrong, what went right, so the most important thing is about the team and not about one player, but all in all, what I know is that Thulani is a good player, he helped us in a lot of things, he is a leader also,” concluded Jele.

The pair are expected to be reunited in the heart of The Sea Robbers’ defence when they face bitter rivals and nemesis Kaizer Chiefs on Sunday in the 100th derby between the two giants of South African football.