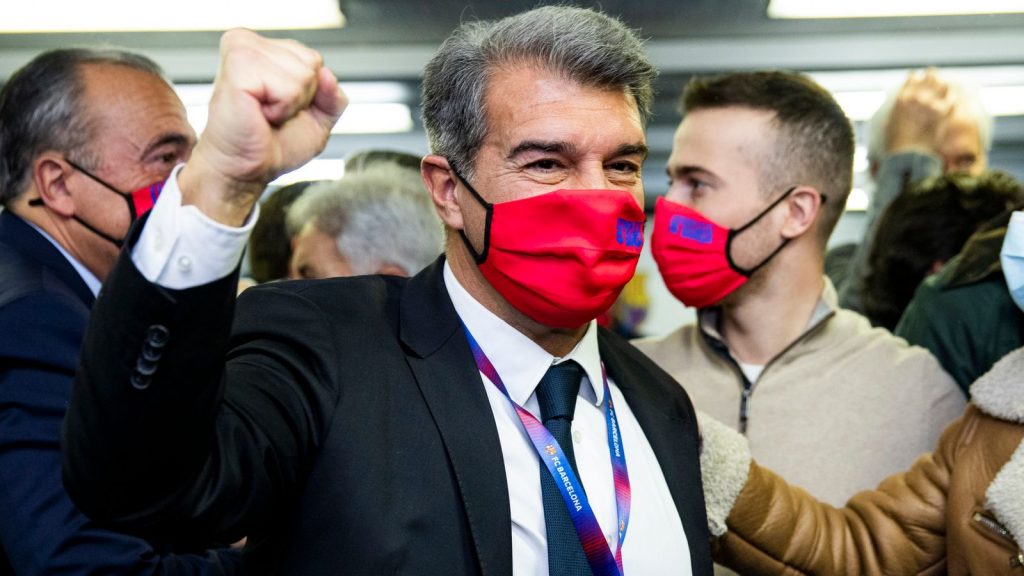 Joan Laporte won the elections to become Barcelona’s President for the second time in the wee hours of this morning.

Laporte won convincingly with more than 58% and triumphs over Victor Font and Toni Freixa.

The 58-year-old Laporte administered Barca’s record-breaking years at the height of Xavi’s, Andries Iniesta’s and Lionel Messi’s powers, where they steamrolled over every football club in the world.

During his first Presidency, which started in 2003 and ended in 2010, The Blaugrana won the Spanish league title countless times, the European Champions League twice, the Club World Cup twice, the European Super Cup twice and the Copa del Rey four times.

Laporte’s first task is to convince Lionel Messi to remain at the Nou Camp with his contract set to expire at the end of this season, but with the pair having a fantastic relationship, it is Laporte who can convince Messi to stay beyond the summer.

Barca are also entrenched in widespread debts, the signing of wrong players at the club, lack of quality in the playing personnel, this is going to be the toughest time yet for Laporte, with his term set to go on until the summer of 2026.