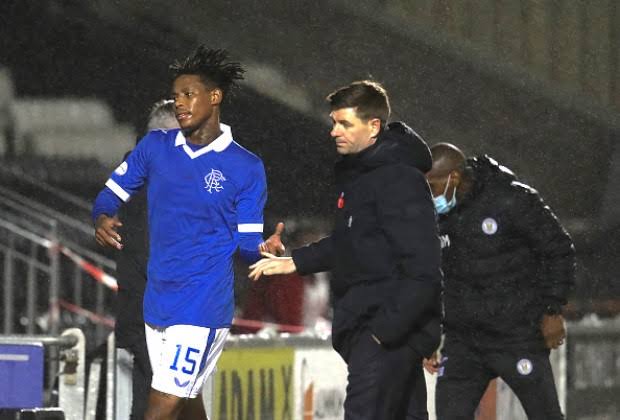 South African football-loving fans and supporters-alike were left disheartened by news that Bafana Bafana international Bongani Zungu had broken lockdown rules in Scotland on the eve of their key encounter against Royal Antwerp in the first round of the last 32 of the Europa League, leading to Zungu and four other players being excluded in the travelling squad.

The 28-year-old midfielder has since apologized for his actions, alongside the four players. The Beautiful Game speaks to this publication’s friend from Sky Sports in Scotland, Charles Paterson, who focuses on Zungu as per request;

“Always a breath of fresh air catching up Selebalo, unfortunately in these circumstances. The layout of the situation is that Bongani Zungu had attended a house party, with four other team mates in Glasgow, in what I understand was on the weekend of the 13th of this month.

“You would know, like in your country, that we are under strict lockdown rules, and the Scottish FA are very hard on lockdown situations here, it’s quite unfortunate what happened.

“If you could recall, Zungu was courted by a couple of football clubs in and around Europe, and the gaffer Steven Gerrard was desperate to have him at Ibrox, hence he spoke to him directly on the line and sold the Rangers plan and how he fits into that.

“He (Zungu) hasn’t really been a regular at the club, and quite rightly so because the manager wants to feed him in gradually, but he always makes the match-day squad and plays football matches, although cameos, he trusts Zungu.

“The gaffer is hugely disappointed with what transpired, and the fact that he was the eldest of the lot, because Gerrard views Zungu as an example to the younger players of this proud football club. It is quite saddening isn’t it? Zungu has thrown his Rangers future in massive doubt, he really has. I understand the bloke has apologised, but the ethos of this club is all about setting an example on and off the pitch, so it’s damning if I’m being honest with you.

“I spoke to Gary McAllister (Rangers FC assistant manager) when you ringed me, he told me Zungu is back in the squad and will have to earn the manager’s trust in him off the field, so let’s see what comes of this Selebalo,” concluded Paterson.

Ben Ten, as Zungu is affectionately known in football, was included in the squad in the second leg of the Europa League as they progressed to the last sixteen of the competition and hopefully can force himself into Gerrard’s long-term plans.