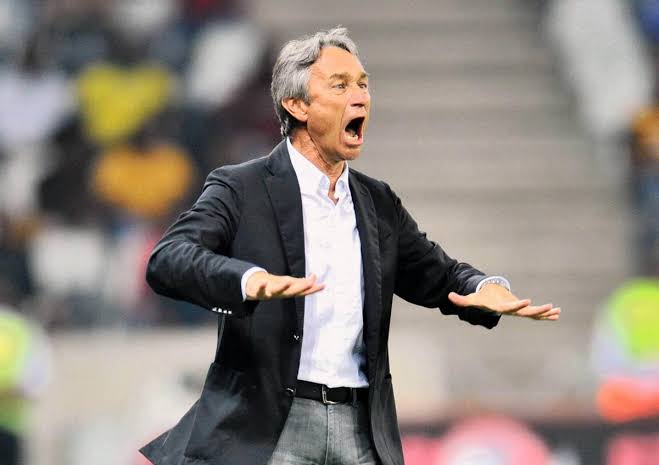 The Beautiful Game asked the tactician on the worrying form of one of the most gifted footballers in the DSTV Premiership, Khama Gaucho Billiat – as the pair worked together at Ajax Cape Town, and he shared his views with us, saying to us;

“Yes my friend Karabo, first and foremost I’d sit down and talk to him, and I’m sure himself he is not very happy about the football he is playing or the level he is showing. I can see that people are very angry about his performances.

“Uhm, I think he will criticise himself a lot, as I know him, he is a great player that can win you games only by himself. From the outside looking in, obviously last year was a bit difficult.

“I feel like he has problems, but the problems he has, he will speak to you (referring to his Coach), there must be something that is bothering him.

“You can’t tell me that a player like him was brilliant yesterday and he is a bad player today. There must be some dynamism that they can only see and they must address them,” concluded Ertugal.

Ertugal has also commented on the form of Moroka Swallows and former PSL Footballer of the Season Lebogang Manyama, be glued to this website for more of those exclusives in the next couple of days and weeks.