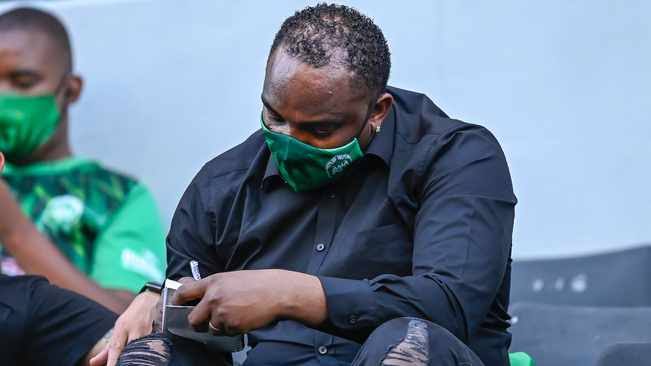 Former Bafana Bafana international striker-turned coach Benni McCarthy has told The Beautiful Game that he is hoping to add players to his squad in this window if the opportunity does present itself.

McCarthy has guided AmaZulu FC to the last sixteen of the Nedbank Cup and also led Usuthu to seventh spot on the PSL standings, has confirmed to The Beautiful Game that the club’s cheque book is open, saying;

“Yes absolutely Karabo, we are a team that is still looking to add to the quality we have, and to add to the depth. So yes, we are looking but we are not forced to bring in players for the sake of bringing players in.

“The players that come in must be the right players; with the right mentality, with the right mindset that can play and add value to the team, and not make the team worse than what we are now. So players who come in, will only make the team stronger but I cannot add, then it’s not the end of the world, because the quality we have in the team is definitely enough.

“But we are still trying to offload some players because we have a big squad, because it is only fair if I can help players play elsewhere if not here,” he concluded.

The DSTV Premiership window closes shut on Monday, the 15th of February, and there is still some forty eight hours left for the former European Champions League winner to do some business.