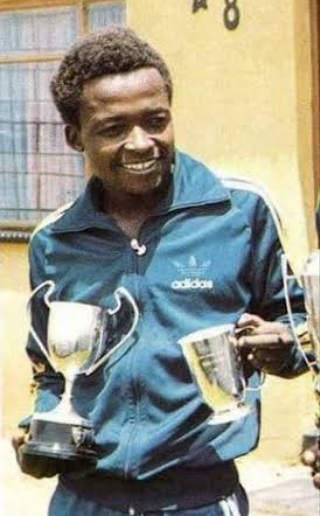 Former Bidvest Wits star Mike “Nanana” Ntombela exclusively opened up to The Beautiful Game in regards to the sale of The Clever Boys.  “Nanana” was one of the most flamboyant and technically gifted midfielders this country has ever seen in the National Soccer League era.

Ntombela was saddened by the sale of the club, saying;

“You know I was so disappointed, it was also that it was no longer going to be there. If it was going to be sold and somebody taking over, I would not be that disappointed but being sold and the name is going to change completely, and also relocate, I was very disappointed.

“But also, remember that I brought a player at Wits that I manage, Thulani Hlaswayo, so I was confused as to what was happening. As soon as he told me, I spoke to him in regards to that, even the people at the club, the COO there, Jonathan Schloss, I have been in talks every year with Wits.

“ I mean I would go and watch their training sessions, their games, I was very sad and disappointed, but its one of those things, football is a business now, its quite difficult for the teams to keep the status of the club,” said the saddened Ntombela.

The brand and name Bidvest Wits Football Club will seize to exist in football from next season after accepting a deal from Tshakuma Tsha Madzivhandila, who have also decided to relocate the team to Limpopo.

To Bidvest Wits, everyone associated with the club; the owners, the directors, the coaching and technical team, the players, both of recent and of yesteryear, the lads at the academy, the ladies who help in the kitchen, the groundsmen, the security staff, and most importantly, the supporters…The Beautiful Game says THANK YOU FOR THE MEMORIES!