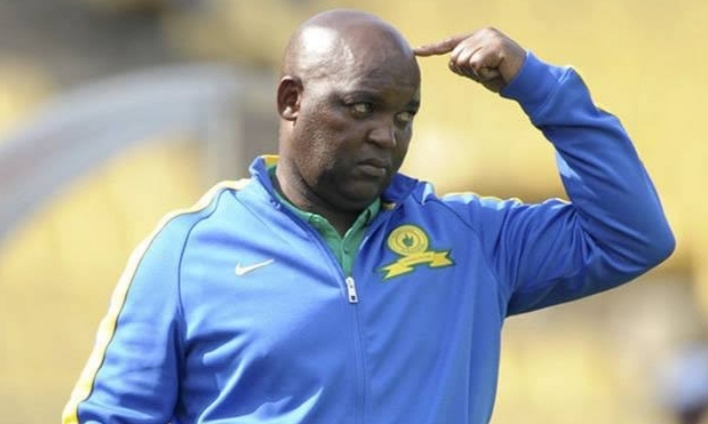 Mamelodi Sundowns head coach Pitso Mosimane acknowledges that their game against Kaizer Chiefs was a game of two halves and resorted to means foreign to his tactics but because the game required those means.

Jingles employed a defensive line to foster the constant crosses from his rivals after Ernst Middendorp pushed Eric Mathoho high up the pitch, with Pitso saying;

“Ja, there are tactical issues that sometimes you might not see, that’s not what we planned. We planned to try and play in the right zone; that is the zone in front of the two centre backs, and okay, we didn’t do it well.

“Sirino was all the time taking one touches where it could have been two touches, but the goal is a Sundowns goal neh. Themba Zwane came to the party, Sirino came to the party, the big players are coming up when we need them. We need those guys, that is Mamelodi Sundowns,” concluded Pitso.

The win lifts the Brazilians to the same number of points as their rivals, with Chiefs only having a better goal difference, and each team left with three to play.