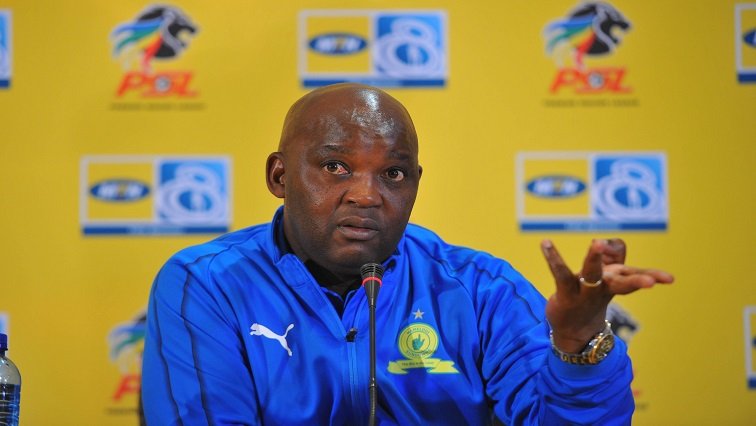 Mamelodi Sundowns head coach Pitso Mosimane is one of the most-loved coaches on the African continent, particularly in Pretoria and in North Africa. Mosimane is also one of the few out-spoken football coaches the ABSA Premiership has ever had since its inception in the 1996/1997 season.

Jingles, who is also active on social media, where he boasts a combined followers of 130 400 on Instagram and Twitter, has told us how he deals with negative comments on his social media platforms, saying;

“Ja, but in life they say if you don’t want to be criticized ‘Do Nothing, Say Nothing and Be Nothing’ akere. So if I’m going to be worried about being criticized when I’ve been a coach for 19 years and today I’m being worried about criticism? I mean really Karabo…then just move away from the space, you know what I’m trying to say?

“The heat is in the kitchen, so move away from the kitchen and sit in the corner and do nothing and say nothing because people will not say anything because you’re sitting under the tree and doing nothing akere?” concluded Mosimane.