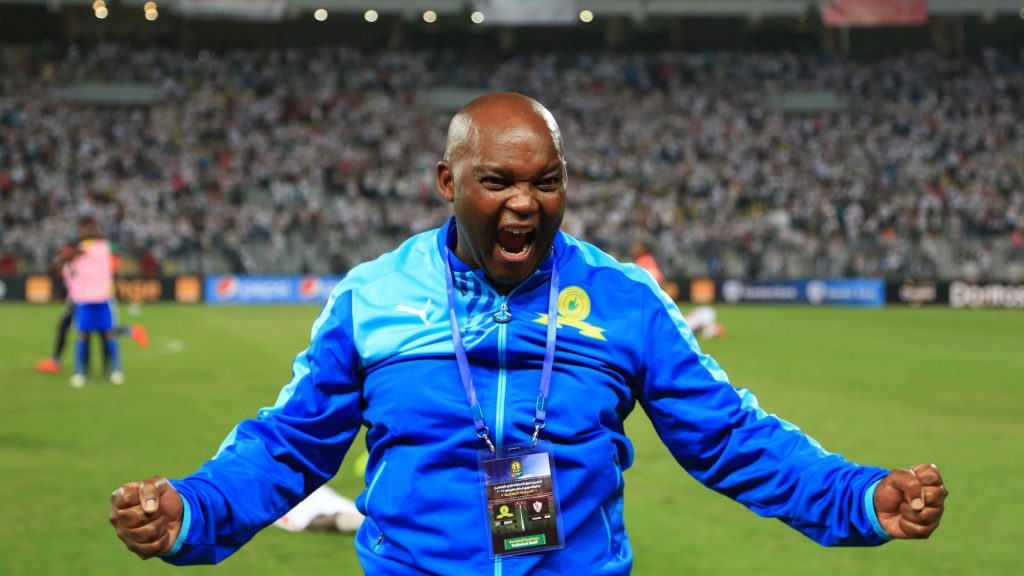 Mamelodi Sundowns Head Coach Pitso Mosimane is by far one of the most successful coaches South Africa has ever produced. The 55-year-old football strategist joined “The Brazilians” in December 2012 and has went on to lift countless trophies at the club, including the African Champions League, the African Super Cup, the Premier Soccer League title on four occasions among many other local trophies.

Jingles has always diverted the spot light away from himself, when The Beautiful Game asked him about his greatest moment at the club, he said “My greatest moments at Sundowns changes with time neh…The first one was winning the first trophy after the club went seven years without winning nothing. The last one was winning the PSL title two years in a row, it was special”

He continued “The rest is in between these two trophies…the Champions League, going to the Club World Cup, and being named CAF Coach of the Year, but credit to the players, the technical team, the staff at Sundowns, they always supported me”, he concluded.

The hard-working coach will be looking to extend his dynasty at the club when football resumes post the COVID-19 pandemic as he continues to build his legacy at the club he once played for and loves.